When Chicken Pox is not just a Week Off School: Michael's Story 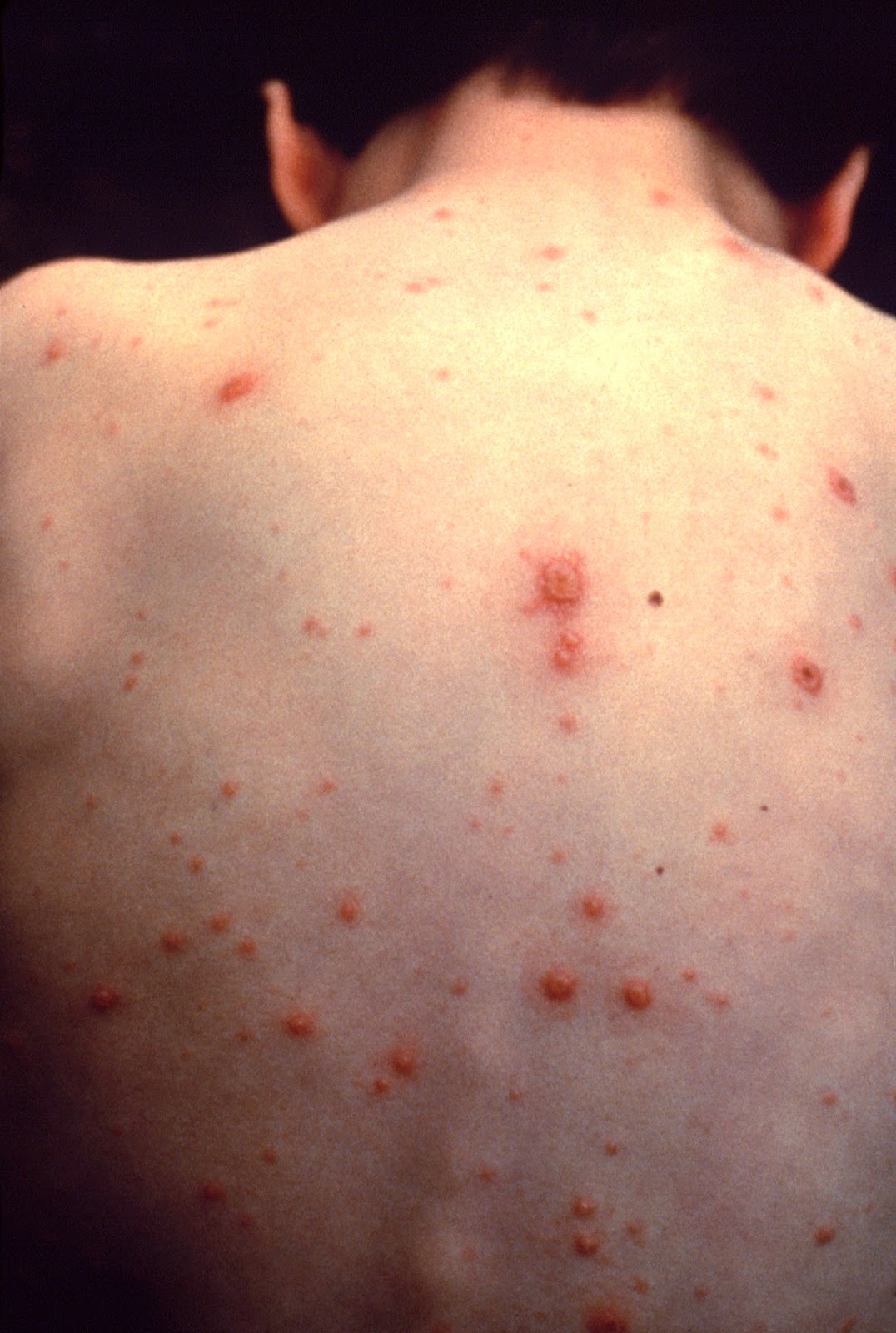 This guest post is written by Michael, the author of the wonderful Skeptical Raptor blog. His description of himself can be found here: http://www.skepticalraptor.com/about.html

Sometimes history gives one perspective to understand the consequences of our actions. I grew up in a world with numerous infectious disease epidemics, in a time before there were large numbers of vaccines available. I was very young, so my memories were of my parents keeping me out of school or away from friends if I had something or they knew an epidemic was flying through the area.

I had the polio and smallpox vaccines when I was young, so my parents stopped being worried about them. My father would tell me stories about polio epidemics during the summers of his youth in Upstate New York. I remember thinking that these stories were reminiscent of the same ones where he said that he walked uphill in the snow both ways to and from class. Until I ended up going to a university in Upstate New York, and I had to do that. So I guess his polio stories might have been true.

Then as I grew up, I realized that polio was dangerous. I had several classmates who had had contracted polio. One was a friend who had to walk to and from class with two canes. One time, one of her canes broke, and I literally carried her from school to my car, then drove her home, then carried her into her house. Lucky for me, she was small and petite, and I was tall and strong.

So, I saw the effects of polio directly as I grew up. I was of the age that was right on the cusp of massive immunizations with the Salk and Sabin vaccines against polio. But it took time for the immunizations to get to everyone, so there were a few who were debilitated by the disease. Kids just a few years older had a higher rate of classmates who were afflicted with the after-effects of paralytic polio. Many died. Many were hospital bound in iron lungs.

It was in this world that I contracted chickenpox when I was about 6 or 7 years old. It's hard to remember all of the details, but I remember a few things. First, I itched like crazy, and my mother would yell if I tried to scratch it. But I also got to stay out of school, so that was fine. Because, when all is said and done, chickenpox isn't that dangerous of a disease.

Except when it is.

According to the CDC, before the vaccine was available, about 4 million people got chickenpox each year in the United States. Of those, 10,600 of those people were hospitalized, and 100 to 150 died each year. Those statistics seem small, unless you happen to be one of those who were hospitalized.

Again, it's hard to remember all the details, but I remember feeling OK. Kind of like getting a cold. However, two things happened at the same time that nearly put me in the category of those who died from the disease. The first thing that happened was one of the pox marks, on the back of my head, became seriously infected. At the same time, I got a serious brain swelling (at that time, no one was sure if they were independent events or one caused the other). Within hours, I was dizzy, and I kept passing out.

My father was a career military officer at the time, and was of the opinion that "whatever didn't kill you made you stronger." Doctors were useful if you had a gunshot wound. But in this case, I clearly remember the concern in my parents' face as I was shipped off in an ambulance to the military hospital on base.

Now everything is fuzzy. I recall laying on my stomach, as several surgeons were inspecting my head talking in secret medical talk (this was the 60's, so no one was asking for an MRI or CAT scan). Finally, I had to undergo surgery to remove the infection from the behind my ear and to relieve pressure on my brain. Only many years later did I find out how bad the surgery had gone. I was close to death, but I was very young, so all I remember is coming out of anesthesia, and asking the surgeons to show me what they cut out of my head. It was seriously gross, looked like an alien organism had attached itself to me.

I lived, which is obvious since I can write this article. All that remained was a 5 cm scar behind my ear. I don't think about it much until a get a haircut and the barber kind of stares for a few second.

Of course, when I was in my early 40's, I contracted shingles, which is a disease that is caused by the same exact virus that causes chickenpox. The evil virus hangs out in your nervous system, waiting for an opportune moment to strike again. Except shingles is an infection of the nerves, so it's much more painful (think of pouring hot oil on your skin, and you'd be about 50% of the way to understanding the pain). It attacked me, oddly, in the same place as my scar from the chickenpox, although my doctors said it was coincidental. Ten years later, I made sure I got the shingles vaccine so I'd never experience that again.

For most kids chickenpox isn't awful, although the subsequent shingles is horrible, so there's that. But if I were 5 years old again, and the chickenpox vaccine were available, I'd be begging for it so that I would have avoided what I went through. Many decades later, I remember the fear in my parents, and the scary smells and screams in the hospital. These are images that no 7 year old kid should ever have in their memory.

Vaccines would have saved me from that.
Posted by Unknown at 5:36 PM 40 comments: