When the Good Die Young: How Chicken Pox Took Jesse 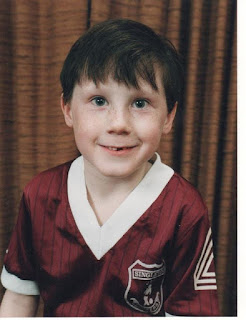 Jesse's picture, and his family's picture are provided courtesy of his mother, Renay, and posted with her permission.

Jesse Lee was born on November 12, 1991. He was a happy, funny child, who enjoyed making others laugh, and would say and do funny things for that purpose.  He had a sense of humor that was sometimes on the cheeky side, said friends of his mom, Renay – like his mom. He was “a very caring, loving, kind kid who wouldn’t hurt anyone or anything”.  His family was close, loving, warm. He had many friends. 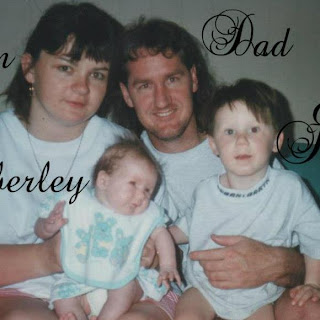 Jesse had just graduated from third grade and was starting his fourth. He was healthy, active, charming. He had everything waiting for him. Nothing prepared Renay for what was about to happen, and the speed with which it happened left family and friends reeling.

Jesse came home from school on Monday, August 27, 2001 with a bad headache. Almost as bad as a migraine, Renay remembers. He had no fever, but he felt horrible. He started vomiting heavily that night and continued through the next day, Tuesday. He rested as best his could, with his mom watching his fluid intake and keeping him as comfortable as possible. Worried, Renay slept in his room for the next few days, watching over him. On Wednesday, when things were no better, Jesse’s parents took him to the doctor. The doctor prescribed antibiotics.
Later that day, however, they noticed Jesse had spots over his chest and belly, signs of chicken pox. And still, no fever. At this point, Jesse managed to eat a bit. Worried, Renay kept a constant eye on him, and made sure he was drinking enough.
Jesse was no better on Thursday, except that he was now dry retching, instead of actually vomiting. He had no fever, but he was in bad shape. His parents took him to the doctor again, and this time he was sent immediately to the local hospital, the first of three hospitals he went through. Renay describes the situation in that hospital as “hectic”; the nurses were extremely busy, and Jesse was getting very little attention.
In the night between Thursday and Friday, breathing became harder for Jesse. He was struggling for air. The hospital gave him oxygen, and X-rayed his chest. That ‘s when they discovered he had a bad case of pneumonia. He was covered in chicken pox lesions at this point; Renay says, “they went internally and caused pneumonia”. The local hospital concluded that he needed treatment beyond what they could give him, and at 7:30 pm sent him to another hospital. Renay dropped Kimberley at her grandparents house and rushed over, getting there around 10:30 PM. Renay is not sure why – understandably, that was not her focus at that point – but that hospital, too, concluded that they could not treat Jesse and arranged for him to be sent to an even more specialized hospital in Newcastle. That made three hospitals in less than 48 hours.
A specialist respiratory team came from the Newcastle hospital, and put Jesse – now receiving oxygen constantly - into an induced coma for the trip back to Newcastle. Before they put him into the coma, his parents got a last chance to talk to him while he was still conscious. They said their goodbyes, not knowing whether or not he would ever wake up, not knowing whether they will ever talk to him again. Jesse asked his dad whether he was going to die. Paul, Jesse’s dad, said: “no, mate, we will see you when you wake up.”

In the hospital in Newcastle the Doctors fought for Jesse’s life. Still in a coma, he was put on several kinds of drugs, and hooked to numerous tubes. But by this time, says Renay, it was already too late.
By Saturday, Jesse was in critical condition. Renay says, “they were telling me he was very sick, and they were just doing their best to help him fight it.”
While Jesse was fighting for his life, his sister Kimberley, who was brought to Newcastle to say her own goodbyes, was taken downstairs and given a shot to protect her against chicken pox – not the full vaccine, says Renay, which she did not get until December, but something to protect her. Luckily, she did not catch chicken pox.
All through Saturday it was touch and go. Jesse was hooked to multiple tubes, receiving multiple medicines. His condition seemed to improve slightly, giving his parents hope. It was short lived, says Renay: “then he deteriorated and in the end his heart could not take it any more and failed. His organs just started to shut down. He had chicken pox everywhere, on his arms and legs, he had them everywhere. He was covered in them.”

Jesse may have looked something like this, or worse: 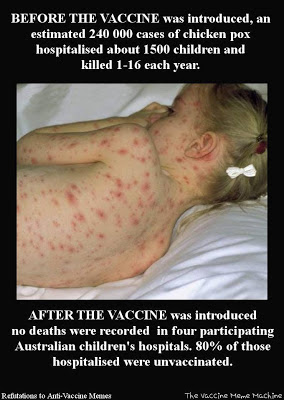 Jesse left the world just before midnight on Saturday, September 1, 2001. He was not yet ten years old. Before that he was read the last rites twice. The Chaplain sang hymn to him. Renay said: “The Chaplain was wonderful”. Renay asked him to officiate in the funeral, which he did.
The family was in shock. The impact on the community was also staggering. Chicken pox. A common childhood disease. Who would believe? Who could believe? And Jesse was gone, leaving a hole in the hearts of his parents and his little sister and the many other people who knew and loved him, who were now, says Renay, “shattered”.

“I didn’t know there was a vaccine,” says Renay. The vaccine came out in Australia six months before that, she learned later.  “Jesse and my daughter Kimberley  have been vaccinated against everything. And I did not know this vaccine was available. If I had known, he would still be here.”

It is twelve years now since Jesse’s death. Renay and Paul are brave people; they are living on, working, functioning, taking care of Kimberley, Jesse’s young sister, and Renay is fighting to protect other children by raising awareness of the dangers of vaccine preventable diseases. But it still hurts, every day. Renay says: “I miss him so much. It’s true what they say, that the good die young.  People have no idea what we go through every day".
Renay and I are writing this for two reasons. First, to tell Jesse’s story. Jesse deserves to have his story told. We want to remind those who knew him of the wonderful boy lost; and to tell those who did not of who he was and what happened to him. Second, to warn other parents. Chicken pox is often a mild disease. But you can’t count on it. Complications can happen. Yes, it can even kill. Being healthy is no guarantee. There is no way to predict how it will affect the individual child. And it is preventable. We have a safe vaccine with demonstrated long term effectiveness. Protect your children.

Acknowledgements: I am grateful to Renay Newman for sharing her story with me, introducing me to Jesse, and reading drafts and correcting details; Thank you to Alice Warning Wasney and Clara Obscura for their advice, corrections and support. All errors are, of course, my own.
Posted by Unknown at 4:07 PM